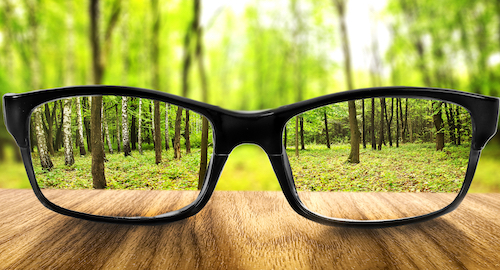 I recently had a very interesting and enlightening conversation with one of our customers that I hope will dispel much of the panic and fear surrounding SAP licence audits.

Our customer, a well known consumer goods retailer, has shown that with detailed information, good logic, and a strong intent to obtain an honest assessment of their SAP usage, that they were able to turn their ‘grey’ SAP licence agreement into something far more black and white. Not only did this achieve a pain-free licence audit but they also now have highly predictable ongoing licensing costs as they expand their use of SAP around the organisation. Sound too good to be true? Well this is how they did it…

They started by having ProfileTailor LicenceAuditor gather detailed usage data on every one of their named users, eventually obtaining an entire year’s worth of information - this included the explicit transaction codes being used by each user, along with the breadth of activity and volume of activity of each user. Each of these metrics would become useful as they began to build an algorithm to automate their licence classifications.

They have four main SAP licence types; Professional, Limited Professional, Warehouse, and Logistics so, as a ‘first pass’, they could be quite explicit about which licence type should be allocated to each employee based upon their department and functional role. However, more detailed analysis resulted in a number of additional rules and ‘back-checks’ being added to the algorithm to ensure that the modelling was more accurate and consistent. For instance, during the first pass, Warehouse users and Logistics users were being categorised using the customer’s user-naming convention which includes a departmental prefix. However, to ensure accuracy, LicenceAuditor was used to double-check this by detecting certain patterns of actual SAP usage - such as activity within the Materials Management (MM) or Logistics (LO) application area modules - and if, for instance, LicenceAuditor determined that a user was spending more than 10% of their time using SAP logistics type transactions then they would be reclassified with a Logistics licence type.

Any employees that could not be categorised by these initial sets of rules and usage analysis needed a further rule creating to determine if they should be deemed a Professional or Limited Professional user - both of which licence types can be notoriously difficult to distinguish between because they often allow the use of very similar activities. Our particular customer took the approach of looking at their most active user in terms of the monthly breadth of transactions they used (a report that is readily available within ProfileTailor LicenceAuditor). They then established a ‘usage threshold line’ based upon the breadth of activity of their very top dialog user. Essentially this worked by automatically categorizing other users with similar activity levels, within a given percentage, as a Professional user and those below this threshold as a Limited Professional User.

In all about 8 logical rules were configured within ProfileTailor LicenceAuditor to automatically classify their named-user licences correctly.

At the very outset of the project, one of our customers’ fundamental aims was to be accurate and fair in their licence usage analysis and assessment.

At the very outset of the project, one of our customers’ fundamental aims was to be accurate and fair in their licence usage analysis and assessment. This enabled them to approach SAP with a single version of the truth which both parties could use as a basis for agreeing a more systematic method for categorising user licences. The response from the SAP Licence Audit department was overwhelmingly positive which just goes to show that with detailed accurate data, a logical methodology, and a system to accurately monitor and report both of these aspects, that SAP are willing to listen and, more importantly, agree a licensing classification method that works for both parties.

The subsequent discussions and negotiations between our customer and SAP were therefore extremely positive and focussed more around the licence mix of those employees that could not be explicitly classified in the initial passes - i.e. the ‘usage threshold line’ which was used to determine the split between Professional and Limited Professional licences of these employees. It is important to say though that this split could vary a lot from company to company so it is vital that when you present your own desired licensing model to SAP that you have a good justification for the mix and logic that you have come up with.

Our customer also introduced good governance and automation whereby ProfileTailor LicenceAuditor continues to analyse users on a monthly basis and will automatically reclassify them as necessary according to their actual usage.

The final result was a Memorandum of Understanding from SAP allowing our customer to continue using this model on an ongoing basis ensuring that they have predictable licence costs going forward as they expand the use of SAP throughout their organisation. This means that our customer is always 100% sure of their licence usage and future requirements and is always ‘SAP licence audit-ready’ - no more annual panics, or worse still, nasty financial surprises!

We also offer a one-off optimization and prepare for audit packaged service. If you would like to find out more then please do contact us

The Three Essentials of SAP Licensing