SAP Indirect Access Licensing - Where are we now and what should you do next?


The last 18 months has certainly been full of concerns and uncertainties with regard to SAP Indirect Access Licensing, or what SAP now term Digital Access. So where are we now? 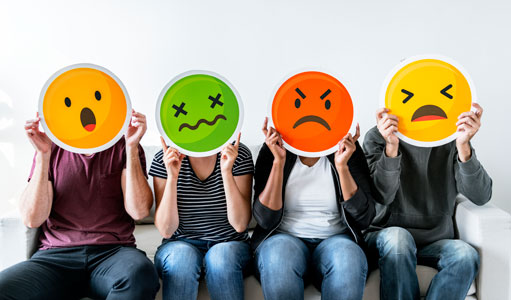 The initial concerns came from two very high profile court cases both, coincidentally, within the alcoholic drinks sector, whereby SAP sought to sue against Diageo and Anheuser-Busch InBev for considerable under-licensed usage of their SAP software. This was caused by third party systems being connected to their SAP systems and automatically generating documents such as sales orders.

The two most astonishing things about these court cases were firstly the eye-watering amount of compensation being claimed by SAP - £54m against Diageo and $600m against Anheuser-Busch InBev (saying those numbers quickly doesn’t help!).

Equally astonishing is that, in this day and age of seamless digital interaction between businesses, systems, platforms, the Internet of Things, and consumers, that SAP had, prior to the court cases, not evolved any concept of licensed usage other than that of a ‘named user’ licence - something SAP now refer to as “Direct Human Access”. According to the judgement Diageo wrongly assumed that using SAP’s PI (Process Integration) software to facilitate the third party access (in their case to/from Salesforce) was acting as a gatekeeper licence to allow them to access SAP. Both of the above law suits were settled out of court for undisclosed sums meaning that there is no information about what the final financial exposure was to these companies.


What has not been so astonishing is the severe backlash that SAP have received as a consequence from its customer base, various SAP user groups, and industry experts. SAP have since managed to calm these stormy waters a little by producing a new document in April 2018 called “SAP ERP Pricing for the Digital Age” (https://news.sap.com/wp-content/blogs.dir/1/files/Pricing_for_Digital_Age_Overview.pdf ) whereby they announced a new Digital Access licensing model. Within this document SAP describe three ways in which you can licence access to your SAP digital core;

This is essentially the classic ERP model with named user licences. This is available for ECC systems and also S/4HANA private cloud.

This is to licence access to your SAP digital core from 3rd party applications and platforms such as non-SAP store-fronts, cloud systems, and bots. This is an ‘outcome’ based licensing model which counts the number of documents created by various business processes such as ‘order-to-cash’ (Sales Order documents) or ‘Procure-to-Pay’ (Purchase Order documents). Nine such documents will be counted (many at line-item level), the total of which would be charged according to a pricing structure that you will somehow negotiate with SAP. The documents are weighted according to a multiplier as per the example below provided by SAP;

The biggest question here is what is the ‘document price’? Well, as SAP do not publish a price list then we can only assume that this is going to depend upon your individual negotiations with SAP. They do however state that were you to do a licence exchange or contract conversion (see specifics below) then your maintenance payment will remain the same going forwards.


Based upon that assumption, lets try and work through an example…


Say you currently create 10,000,000 qualifying documents within your existing SAP landscape and you have paid £10,000,000 in licence fees. If you are paying 22% annual maintenance on this, which is £2,200,000, then your price per document will be 22 pence each per annum. There are references to a true-up with some kind of mechanism for volume based discounts. However, (and no surprises here) there is no reference to a true-down should you start producing less documents.

SAP released a tool in August 2018 that generates a report designed to give existing customers an ‘approximation’ on the volumes of qualifying documents and line items that are currently being generated within their existing SAP environments (See SAP NOTE 2644139 - Digital Access: Tool for SAP ERP (ECC).

However, it’s going to give you nowhere near enough insight to accurately assess your requirements. For instance, if you used it to report against indirect access by Salesforce then it is not going to differentiate between documents being created by existing SAP named users within Salesforce (i.e. those who are already licensed) and documents being generated by automated processes (i.e. not already licensed).

It also does not provide the logic required to determine if a document was created as a result of an already counted document during the same business workflow, such as an invoice document being generated further down the workflow of a sales order document being created. SAP have previously stated that this would not incur an additional document fee.

There is in fact a fourth type of access which SAP refer to as Indirect Static Read. This is when you export static data without triggering any further processing to occur within SAP - perhaps a scheduled data export to a graphical dashboard or Excel. This kind of access does not require a licence, however, there are a number stipulations which you should be aware of so we would urge you to read through some specific examples contained within the SAP document ‘SAP Global License Audit and Compliance Update’ (April 2018) - (https://news.sap.com/wp-content/blogs.dir/1/files/SAP_Global_License_Audit_Compliance-2.pdf )


So how can I move to the new licensing model and, more importantly, should I?


SAP are offering 3 options when it comes to re-licensing; You can;


Do nothing - this allows you continue with your current contract without change. If you do not suspect any, or only a very limited and well controlled amount of, indirect access within your SAP landscape then this would be the most favourable option. However, do not do nothing! Your existing SAP contract is as grey as a November London sky, especially when it comes to differentiating between your two most expensive licence types; Professional and Limited Professional. We would therefore still recommend doing some usage based optimisation of your SAP licences.


Licence Exchange - This option is for those SAP customers which have indirect access and want to improve the transparency of it yet remain within their existing contract. This would also give such customers a progression towards S4/HANA licensing. A licence exchange would be provisioned as an addendum to your existing agreement to add an element of document based licensing. The only example of such an exchange that we can find seems to be if you already have some like-for-like kind of licences such as Purchase Order Processing or Sales and Service Order Processing licences. SAP are promising ‘up to a 100% credit’ for these with your maintenance payments remaining exactly the same.

There may however be scope for negotiation and to exchange any unused named user licences for a new document licence addendum to cover off any existing indirect access exposure. SAP “assures customers who proactively engage with [them] in good faith that [they] will not pursue back maintenance for under-licensing of SAP Software associated with indirect access”. Gladly, we have seen clear evidence of this at work with SAP acting in equally good faith in coming to an agreement in this regard. The best tip is to approach them with clear and fair business reasoning and some kind of ‘scientific’ method to apply this reasoning to your licence classifications. See our customer case study on this exact subject in this previous article and our conclusion at the end of this article.


Contract Conversion - this is only available for those SAP customers moving to S/4HANA. It will entail a new agreement with SAP but they will allow up to a 100% credit for the legacy contract licences. SAP say that for contract conversion then, as there is no difference in contract value, your existing maintenance payments will remain the same.

This leads us to only one conclusion…


The most essential thing that you must do now before you enter into any negotiations with SAP is to develop as much detail, insight and analysis as you possibly can to understand exactly who and what is currently accessing your SAP systems - both humans and systems and whether direct or indirect.

Such an exercise requires a far more specialist tool along with specialist knowledge but could save your business potentially millions. With respect to analysing indirect access to determine document counts then the SAP tool is only going to give you an approximation of the access being made - of course use it, but use additional analysis tools also to ensure that the results are being interpreted accurately. You will also want to assess where you expect your future growth in licensing to be - will it be a growth in human access or digital access?

Once armed with this knowledge then you will be in the best possible position to start a negotiation with SAP in good faith. Good faith, on both sides, requires a true and accurate understanding of what the current value of your SAP usage is now and how you would want that value to be extended and calculated in the future.

Licence Optimisation and Prepare for Audit as a Service

SAP Licence Optimisation and Prepare for Audit as a Service

SAP Licence Optimisation and Prepare for Audit as a Service